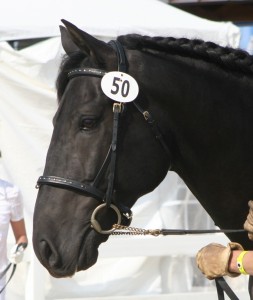 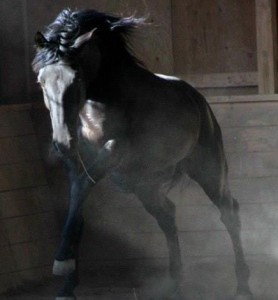 Bravo Do Patewood,  a 16’2″, black PSL (Lusitano) stallion is now standing at stud to select mares. 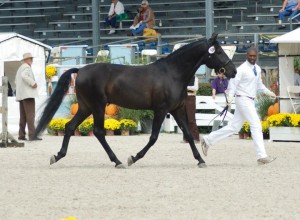 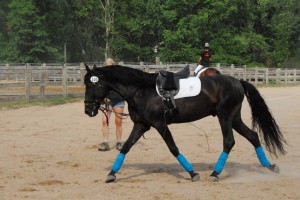 Bravo is a combination of the finest bloodlines Brazil has to offer.  His dam, our very own Ultima V.O., is the final daughter of the incomparable stallion Dragao II, one of the most influential Lusitanos in Brazil.  Through Dragao and Ultima, Bravo inherits his strong Andrade bloodline and type.  His sire Quattro Do Top is a very important stallion in Brazil now and is the grandson of the one and only Afiancado De Flandes.  His full pedigree will be posted soon. IALHA registered.

But it isn’t just his bloodlines that make Bravo so spectacular, he moves like a dream and has power to spare. He has very straight dressage movement with all the push from behind that makes his dam so incredible.  The judges at Devon remarked that he was “masculine” and had a great temperament while giving him an 8 in overall impression.  This young stallion is poised to take the dressage world by storm!  In his only show appearance in 2013, Bravo took home the Reserve Champion Lusitano at Dressage at Devon 2013!

He will bring size, color and refinement to any mare.  Contact us for information about breeding your mare to Bravo next spring.